Because I’m generally impatient, I ordered the audiobook with Audible and immediately started tuning in.  I was captivated as I listened in as Scott and Jenny narrated their adventures along the AT.  Hearing the story in their voice, from each of their different perspectives was a delightful treat. 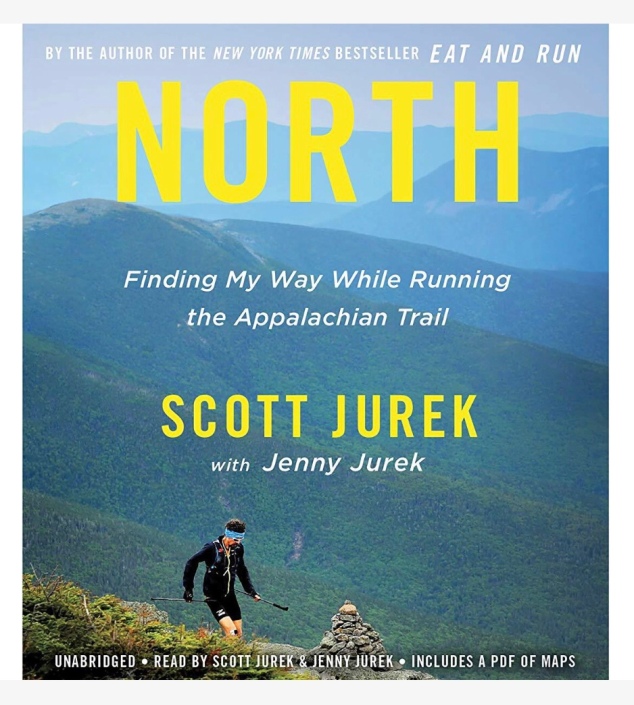 A real surprise for me was hearing the story from Jenny’s perspective. Jenny’s role is nothing short of a miracle worker. She describes the logistics behind being Scott’s support and lifeline along the AT. She shines a light on both the ups and downs of the AT, and brings a level of reality to the book. While Scott is grabbing a runner’s high in the wilderness Jenny is the real record holder for keeping a tight schedule and always being just a little ahead of Scott, ready and waiting. Her entries in the book are real, emotional, and fiercely truthful; it’s not all rainbows and sunshine on the trail.

Scott leaves nothing out as he describes the high highs and even the low lows. His journal-like storytelling puts you right on his heels as he tackles the AT with such detail that you can hear his feet hit the ground. Scott paints a vivid picture of his travels and all that he encounters. From the scariest tales of the AT (think banjos, fish hooks, booby traps, and tripwires set to injure “trespassers and hippies”) to the most beautiful stories of human kindness (trail angels that leave care packages for weary travelers), Scott and Jenny’s inspirational followers and Scott’s ultimate use of willpower to overcome the daunting challenges that await.

A truly awesome read, “North” is at the top of my list.