It’s that time of the year again! When the grass begins to grow,  the cider flows like water, and over a thousand people attempt the run the Hard Cider Run 5K in Gettysburg, PA.  This year we signed up for year 3 of running the Hard Cider Run at Hauser Estate Winery, home of Jack’s Hard Cider, in Biglerville, Pennsylvania (Gettysburg).  This is usually our favorite race, mostly because its in our favorite town, and also the course is just downright fun.  However, this year was a little different. 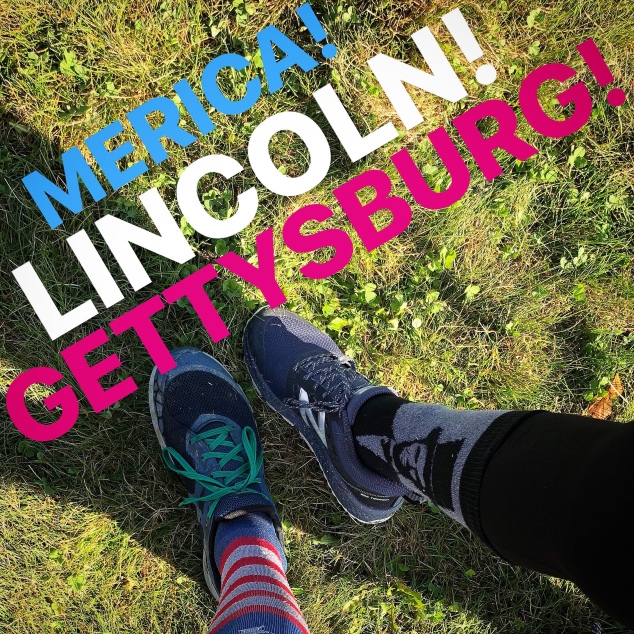 I will say, the PROs of running this race: Nice Shirts and Medals, the event hosted by Hauser Estate gets better every year with entertainment and food trucks, Race photos are typically posted within a few days, and the Jack’s Hard Cider is always welcome.  We’ve signed up every year for the last 3 years, so obviously we really enjoy this race, but I think after this year we’re going to take a break.

Side note: look at the first year we ran the race until now, Transformation Tuesday!

First off, when you really enjoy something, it’s easy to over do it. And some times too much of a thing can be a bad thing, so in an effort to keep our love affair with the Hard Cider Run, we’re going to take a back seat for a year or two.  That is the main reason we are going to sit the next year out.  That being said, this year’s event didn’t seem as streamlined as previous events, and the overall experience was soured a little by that.

This year over 1,800 people signed up!  Like most races, this was broken up into corrals for different skill levels / running pace.  Since we treat this as a fun run, we sign up for the third wave, which is around the 10:30 min/mile pace (run/jog) corral.  In previous years, there was a 10 min break between corrals, which kept the field traffic to a minimum – this year, the break was about 3 minutes.  The course was changed from the previous years and rather than a gradual hill to start, the course immediately sent you into a bottleneck, and then an insanely steep hill.  There was a lot of heavy huffing and puffing as people attempted to chug up the hill.  Since the corrals were released so quickly, we did a lot of stopping this year due to traffic jams.  So needless to say, the race didn’t have a very graceful start, and it seemed like the traffic continued throughout the race.  By the way, speaking of people, race photos – this sums up my race experience (lost in the crowd), there were literally 2 pictures of me in the all race photos, and I’m buried in a sea of people. Haha.

Also, new runners, it’s great to see so many people participate in this event – that ensures it will be around for years to come – but there are some general house keeping rules they should have announced to each corral. If for some reason you are going to stop or walk, please step to the right side and let runners pass on the left.  Also, in tight areas (I know this hinders social time) but please don’t walk side-by-side.

Anyway, it’s not you Hard Cider Run, it’s us – we don’t ruin wanna a good thing.  In fact, after re-reading this I feel like I’m coming across as complaining and whining jerk.  Please know I love this race and we’ll be back – just not next year.