We braved the single digit temperatures and as a family ran the US Road Running New Years Day 5K in Harrisburg, Pennsylvania. It was a beautiful day for a run, and we weren’t the only crazies that decided to ring in the new year with a run along the Susquehanna River. 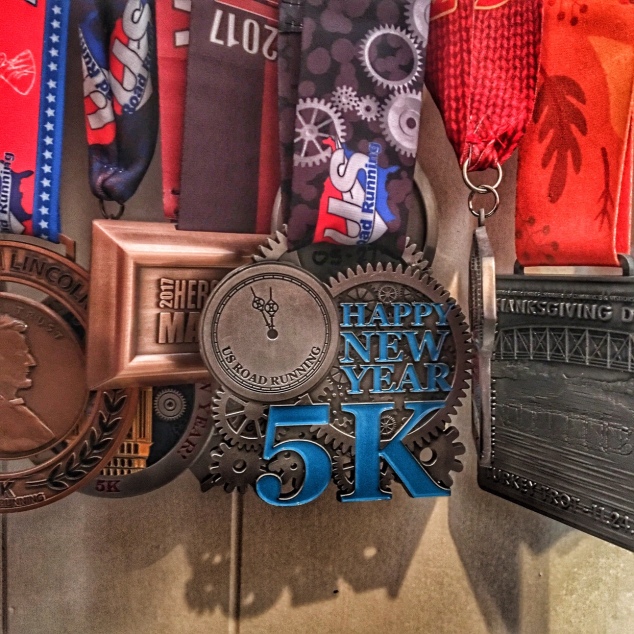 The course begins at the Harrisburg Senators stadium on City Island, crosses over the river and traverses along a flat pathway along the Susquehanna. The start/ finish line was on City Island and was free of snow, however once you crossed the river and hit the footpath, you were greeted with snow covered trails.

The crowd wasn’t as heavy as last year’s, I’m assuming the cold temps drove people away- but there was a good crowd none-the-less.

The cold weather was a benefit in regard to the snow covered trails- the temps kept the snow powdery and prevented it from turning to slush. The air was brisk, but once the race began, the cold air was refreshing and invigorating.

The kids complained the entire time- it was glorious. 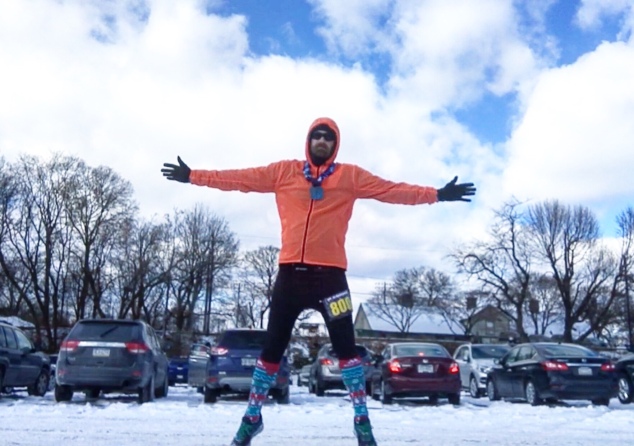